Like Woah: Bitter Trump Threatens To Ban TikTok Because He's The Biggest Baby

Welp, we knew it was coming. It wasn't a busta move originally scheduled on his revenge tour, but y'all had to know Donald Trump wasn't going to let those TikTokers and K-poppers get away with clowing him like that.

Late on Friday night Trump announced on Air Force One that he will ban TikTok as early as Saturday via executive order.

Still mad at the kids for beating him at his own game, the fakeout (the K-poppers and TikTok kids bought up blocks of tickets to his Tulsa, Oklahoma rally resulting in only 6200 people showing up), Trump said he's either going to ban the app or take other measures to sanction the company.

"We're looking at TikTok, we may be banning TikTok. We may be doing some other things. There's a couple of options. But a lot of things are happening, so we'll see what happens. But we are looking at a lot of alternatives with respect to TikTok," said  The Chosen One.

Earlier on Friday it was reported that Microsoft was in talks to bust a move that would give Bill Gates (and current CEO Satya Nadella) immediate cred with the young folk: buying TikTok from ByteDance, TikTok's parent company based in China (FYI: ByteDance was founded by Zhang Yiming, a former employee of Microsoft.

ByteDance has been trippping the light fantastic, hustle style, scrambling to secure an American investor to avoid the threat of a ban by Trump. He of course said he is against Microsoft doing any such thing.

On top of Trump blaming China for the deaths as of this writing of nearly 157,000 Americans from COVID-19 and continuing to call the coronavirus the "China virus," the Department of Justice has accused the app of sharing private information from users with the Chinese government.

TikTok released a statement via a company spokeperson rejecting the accusation:

"TikTok is led by an American CEO, with hundreds of employees and key leaders across safety, security, product, and public policy here in the U.S. We have never provided user data to the Chinese government, nor would we do so if asked."

Formerly Musical.ly, TikTok has seen an explosion in growth, further enhanced by the COVID-19 global pandemic over the last year. Many discovered the app while looking for something to do while hunkering down in quarantine (and still should be). Currently the most valuable startup in the world at $75 billion, there are over 800 million TikTok users, with 80 million in the U.S.

The main entertainment factor of the astronomically popular short-form video app features users lip-syncing as they perform the lastest dance trends. Now a gaggle of new content creators, celebrities and influencers have entered into the mix, building up substantial numbers of followers as they share videos ranging from cooking demos to musicians to the ever popular (and cute) dog and baby videos to droppin' knowledge about Black history and white supremacy.

A number of TikTokers freaked out over the news, rushing to go live as the news circulated over what Trump said he would do to thank fans for their support and direct them to continue following on Instagram (and on Instagram Reels, a TikTok knockoff coming in early August ... wait a minute, hmm) or to subscribe to YouTube channels. It was quite the shock for many to think that all their hard work at building up followers and brands could be going up in smoke because of Trump's huge appetite for pettiness.

While the genesis of the app started with the Gen Zers, despite their early and desperate cries for Boomers to get off their tech version of a lawn, the oldtimers (anyone over 21 apparently) stood their ground, only adding to the richness of the vibe that makes the app a lot of fun to use (yeah, that's right, I Tik and I may even Tok from time to time).

Breaking it down further for reporters, Trump said he would either get with this, the excutive order, or that, with the that being his use of economic emergency powers, because he says he has the "authority" to do so.

As the clock ticks we'll just have to borrow a little bit from The Donald himself and wait and see if the petulant man-baby really performs the ultimate in cancel culture by going through with banning TikTok. Or if ByteDance succeeds with their Hail Mary. All I know is that if he does, I can't wait to see what Gen Z does to retaliate. 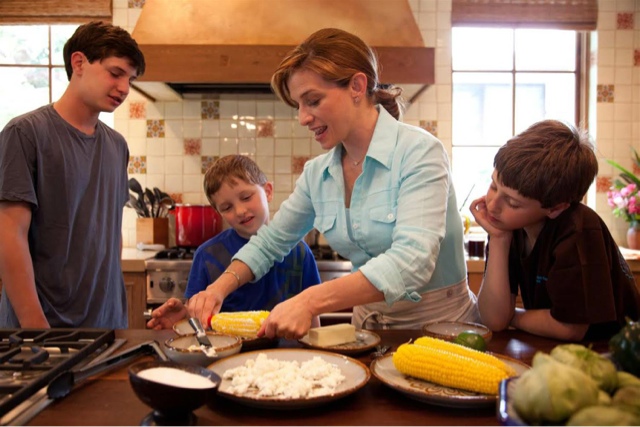 Three words that immediately come to my mind when Cinco de Mayo rolls around: food, fun and music.

But if for some reason the song "Dame" (by Domingo Siete) doesn't get you in the mood for Cinco de Mayo (lord knows I don't know how it couldn't), the authentic Mexican food that Pati Jinich prepares on her show most definitely will. Full of the optics of fresh colorful food accented with a multitude of flavors found throughout Mexico, Pati's Mexican Table feeds all who watch a comforting full plate not only of Mexico's rich food history, but of Jinich's authentic warmth and charm as a caring and informative cooking show host.

Watch the video be…

When David Duke Feeds You Praise On Twitter, You Know Your State of the Union Address Was Racist

I don't know why so many people thought Donald Trump's State of the Union address was so great.

CNN's Frank Luntz picked up the "Trump was presidential tonight" baton from Van Jones, but he put mustard on it, tweeting that he was "moved" and "inspired" by 45's home run speech and that it was a "perfect blend of strength and empathy."
Tonight, I owe Donald Trump an apology. Tonight, I was moved and inspired. Tonight, I have hope and faith in America again.

It may go away tomorrow…
But tonight, America is great again. #SOTU — Frank Luntz (@FrankLuntz) January 31, 2018
But when David Duke tweets his thanks to Donald Trump, you know the racism just got real.

Prompted by The Donald's toss of his red meat rhetoric to his ravenous base by proclaiming that "Americans are dreamers, too" the former Grand Wizard of the KKK, and surely still a proud card carrying member, just had to tweet excited ad… 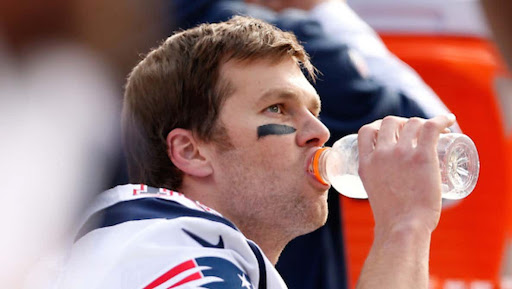 Gulp! Tom Brady's 37 Glasses of Water a Day Regimen is Gonna Kill Somebody

New England Patriots quarterback Tom Brady has lots of fans and the man's beloved by many. But many call him crazy over his dietary habits.

There are so many foods that Brady doesn't eat, some believe it's a wonder he manages to eat anything at all.

But what the five-time Super Bowl champ manages to drink plenty of is water, like 37 glasses of water a day as part of his hydration routine that has many drowning in disbelief over the mere thought of it.

Tom Brady's water regimen is found in the same book outlining his strict dietary choices, The TB12 Method, released last year. He believes that drinking lots of water is not only beneficial, but crucial to living one's life optimally. A repetitive theme in his book is "pliability" which is achieved by flushing out toxins with high amounts of water, leading to fewer injuries, greater flexibility and a leaner build. Brady's hydration routine touts "drinking at least one-half of your body weight in ou… 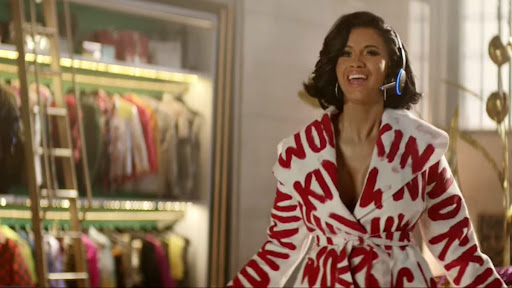 Cardi B Brings The Heat As Alexa in Amazon Super Bowl Commercial, And You're Gonna Love It

On the heels (red-bottoms in this case) of posting an article I just wrote about Cardi B, in pops another story about her Super Bowl commercial for Amazon where her voice steps in for Alexa's.

And it's the most perfect choice Amazon could have made.

The "Bodak Yellow" rapper, barely coming down yet from her two Grammy nods, will appear in a commercial as Amazon's home assistant, Alexa, during the Super Bowl game this Sunday. For some yet to be explained reason (bound to be shown via another commercial) Alexa loses her voice, so the Bronx rapper happily steps in (yes, probably with those red-bottoms) to help her out.

Other celebs that will be featured in the Amazon promos are chef Gordon Ramsay, Rebel Wilson and Sir Anthony Hopkins.

*Spoiler Alert* - If you live for the commercials during the Super Bowl, and if you like to be surprised, then don't read any further. If you're cool with knowing what goes down, carry on.

The commercial begins with Cardi B fe… 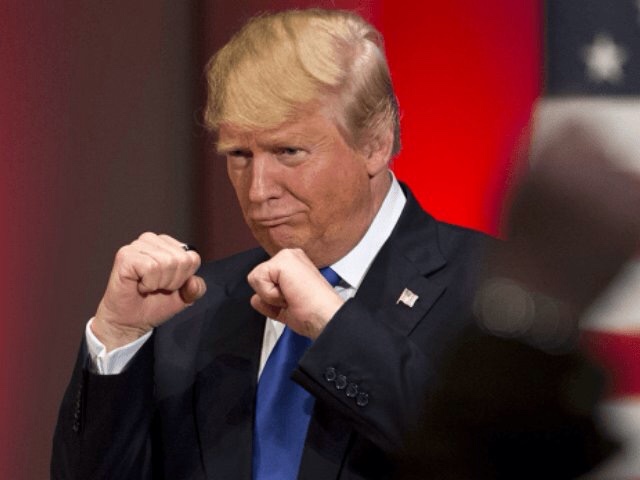 When Donald Trump was sworn in as the 45th President of the United States a year ago, we seemingly had no choice. Once the shock wore off (did it?) we were forced to either eat the soup or jump out of the window.
Jumping out the window would have been less painful.

Stopping short of defenestrating ourselves, we the people have reluctantly tasted Trump's sour soup, choked on his "beautiful chocolate cake" comment and remain starved from the plethora of nothing burgers 45 constantly serves up as political progress.

Sen. Chuck Schumer, no longer worried about The Donald liking him and House Speaker Nancy Pelosi anymore, instead likens him to Jell-O, a big, wobbly out of shape orange mass of flavorless Jell-O that most Americans have no more room for.

Proving beyond a shadow of a doubt that he is a racist when he called African countries, Haiti and El Salvador "shithole countries" last week, Donald Trump continues to be divisive as he continues to fail all American…